Home
Best Top List
What Software Programming Languages Can Be Used for an iOS App?

Looking for iOS app designing languages and haven’t come to a worthy option yet?

The iPhone’s operating system can be quite challenging in terms of development. The crucial factor that determines how you begin to work at the application is, of course, the programming language.

Not all languages are equally easy or give the same results. You can also spot many differences in the process of working with many of them – some require more time and effort while others offer shortcut solutions.

In this guide, we will dwell on what languages to code in if you are dealing with apps for the iPhone. What we want you to note is that coding for iOS turns out not as difficult as it might seem at first; even if you’re new at programming, there is a chance to start with consulting coding experts at https://assignmentcore.com, – a computer programming homework service and valuable online resource for mastering coding languages, to gain some more confidence. 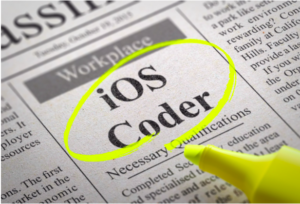 What is Assignment Core?

You must be thinking What is Assignment Core? This is a computer programming homework service and valuable online resource for mastering coding languages, to gain some more confidence.

To get down right to the key point, every app creation must start with a clear purpose for its development. As a coder, look at what you wish to accomplish by the application.

If you’re just eager to provide some great additional features to the service that already exists, there might be no need to create a brand new app. This is a massively important question so take time to answer it honestly.

On the other hand, if the application you are about to develop is going to introduce some new spheres, you should consider making the app from scratch. Yes, this will require longer hours of development and testing but the bigger purpose demands harder efforts.

Another super significant point in the pre-development phase is the budget. Are you willing to invest in the app as much funds as possible? Is it the only aspiration for you for the next few years?

Though these are kind of personal goals, answering these questions makes up half of the app’s success.

Basically, you can’t be lost in the choice of programming languages for iOS since there are only two of the widely recognized and prized languages.

By this statement we are not trying to say that all other languages are impossible to use; we are rather recommending the top 2 languages as the fair options providing the highest results. So, let us get a closer glimpse of them.

At the very start of developing their apps, Apple used the Objective-C coding language. Even earlier, it was taken from NeXT computers and licensed by Steve Jobs.

The language is old enough and was intensely used as the basic programming language for app development till 2014.

The structure and syntax of Objective-C is based on the C language which is good news for those who already have some experience and feel more or less confident with C.

Objective-C is object-oriented, i.e. represents objects like vehicles or people, and will provide you with valuable insights into the technical side of programming. Great features appreciated by many coders include automatic garbage clean up, easy access to Apple technologies, great message syntax, and convenient runtime.

Uncovering more of the similarities with C and Object-C, it’s vital to mention that both of them have the same phraseology. Every line needs to end with a semicolon and separate blocks of code are taken into curly brackets. Math symbols included in the code are similar in them too.

As for syntax, these languages differ much. So, don’t rely on your experience with C concerning enumeration, composition, and method calling.

This language is the new basic language for iOS applications. The need for it emerged when Apple developers faced the inability of Object-C to meet the needs of contemporary applications and their key features.

So, in 2014, the Object-C language has been successfully substituted with Swift which also runs on MacOS, watchOS, tvOS, and Linux.

When an experienced coder thinks of Swift, associations like ‘power’, ‘speed’, and ‘expressiveness’ automatically come to their mind. Syntax in Swift is clear and more concise. This created less problems in understanding the code written in Swift.

All in all, Swift incorporates a set of excellent features such as:

The language is impressively dynamic and actually safer, especially when it comes to protocols for programming.

By using the single Swift language, you get the opportunities of creating an autonomous and scalable app.

Being fast and time-saving

The treasure feature is spending less time on code writing due to the production of fast codes and smart debugging.

The ending of every line, keyword, and phrase in Swift is marked with a special symbol, – parenthesis or semicolon, which makes reading clearer and faster.

The usage of commas instead of subsequent brackets to separate parameters in these parentheses is also a nice thing to see and work with.

Reduced workload for a coder

With Swift, you don’t have to handle dependencies or incremental builds. The bookkeeping is made automatically too so you have much more time to devote to the application’s logic. Both coding languages for iOS have features that shine for specific apps and situations.

We hope this guide gave you some food for thought and, based on these pieces of advice, you will make the right decision to create an outstanding app for iOS.